What Story? What Message? 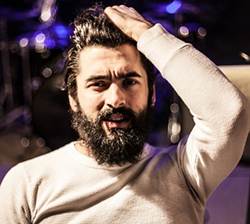 What are story and message and where do they fit into films, commercials, promos or branded content. Let’s start by looking at a basic definition of story. A story is a narrative, either true or fictitious, that is built on a succession of events or incidents. It has a style that comes from the writing and then, in the execution of the writing. A message can be said to be a communication, a point or meaning of a film, book, commercial, etc. It doesn’t’ have to be a literal, intellectual or wordy thing. It could simply be a feeling or impression you get that gives a concept of what was intended or sometimes unintended but still to the benefit of the piece.

Story and Message are not mutually exclusive or inclusive. We’ve all seen commercials and music videos that lack the structure of story but still have a message. Again, the message doesn’t have to be so literal that you’re hit over the head with it. I loved the Levis Go Forth campaign. The commercials had a visual language and a spirit of connection and freedom that made me both smile and cry at times. Yup, I can cry watching a commercial.

And sometimes the structure of a story is there, albeit brief. It’s there visually getting played out and hitting you emotionally as it does so well in this seatbelt PSA (Public Service Announcement).

The longer the piece, I would argue, the more the need for the structure of story. I’m sure we’ve all seen films that feel so broken up and scattered that we got lost and left with no investment in the characters or what’s happening. The message, if there is one, gets lost due to the lack of story and it’s structure. The succession of events are unclear and don’t build on each other. But man, when it’s right, you’re in there, along for the ride and the rest of the world goes silent as you disappear into the world some brave soul created for us to jump into. There’s a reason why cinema, even during the darkest of hours like The Great Depression, still managed to keep its doors open. Everyone needs that escape and that hope that a great story and a great message can give us.

The next time a commercial comes on, watch it and see if anything hits you. A well done 30 seconds can shift your day into one of even greater hope or laughter or freedom. A well done 15 or 30 minutes can give your whole week a boost. A well done 2 hours — well, I’ve spent a month sitting in the space a film has created for me and written what was a very well received short film.

Jenna Capozzi - CEO/Executive Producer
In 2007 Jenna formed and created her own Production Company Capozzi Productions. In the past 7 years, Capozzi Productions has produced over 8500 different video products for clients such as; Mattel, DreamWorks, BMW, Bank of America and CHALK Preschool Online.