Capozzi Productions roster is filled with talented, creative, and experienced professionals. We will take your business concepts and brand message and transform them into persuasive pieces that will help expand your business. 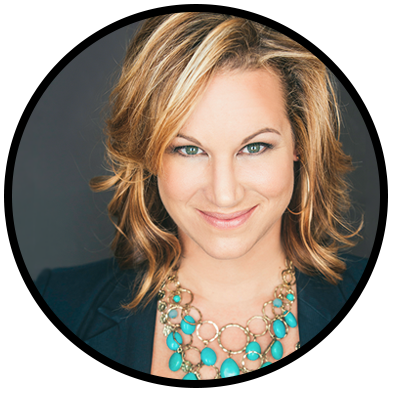 Inspired by her uncle, Grammy Award winning Jazz legend Jon Hendricks, Jenna knew at a young age she wanted to entertain.  Her first production job was, White Men Can’t Jump starring Woody Harrelson & Wesley Snipes, which her uncle co-starred, she was able to work alongside the films director Ron Shelton.  From there she was “hooked”.

While earning her B.A. in Film from U.C. Santa Cruz. It was at New York University where she gained a real eye for film directing and earned a technical degree in filmmaking, in a graduate program.

After New York, she learned that a new TV show, Nash Bridges; starring Don Johnson & Cheech Marin, was planned to begin filming in her hometown of San Francisco, Jenna immediately saw it as an opportunity.  Initially she was hired on Nash Bridges as a Production Assistant, but after three weeks she was promoted to Executive Assistant to the Executive Producing team: John Nicolella (Miami Vice), Sheldon Pinchuk (Northern Exposure), Carlton Cuse (Lost) and award winning duo Robert Papazian & James Hirsch.  Jenna not only worked as an Executive Assistant to the most stellar producing team, but also held other posts as the show’s Script Coordinator, ADR Supervisor, Actor and Personal Assistant to Cheech Marin.

After the 6th season of Nash Bridges, Jenna entered the animated world at Pixar Animation Studios under Steve Jobs and John Lasseter.  As the OMF Coordinator on the film Monster Inc.  Jenna’s job was to ensure that Academy Award winning director Pete Doctor’s notes were implemented along the animation pipeline to be seen in final cuts in post-production. This is where she gained a full understanding of animation and it plays a part in her work today.

After Pixar, Jenna took the big leap to Los Angeles and her long time friend, Cheech Marin, offered Jenna a Producer position with his Chicano Visions project. Other career highlights: Post Supervisor on the TV show The District and Production Managed on Gonzo: Life of Hunter S. Thompson, which was narrated by Johnny Depp.

In 2007 Jenna formed and created her own Production Company Capozzi Productions. In the past 9 years, Capozzi Productions has produced over 8500 different video products for clients such as; Mattel, DreamWorks, BMW, Bank of America and CHALK Preschool Online.

Reach out and talk to us – we want to hear from you. Need a quote? Ready to get your project in motion? We are here to help. To get started, contact us any time.

We are pleased to launch our new and improved Packages Menu.

I Have A Question